Does it exist some tikz register (let say \zoomfactor) that provides the curent scale factor. For example can I do something like :

You can get the current transformation entries to extract the scale but if there are different x and y scalings(or combinations e.g. full matrix) in action, this would fail and retrieve only the x scaling. Also it uses 1cm as the unit vector. 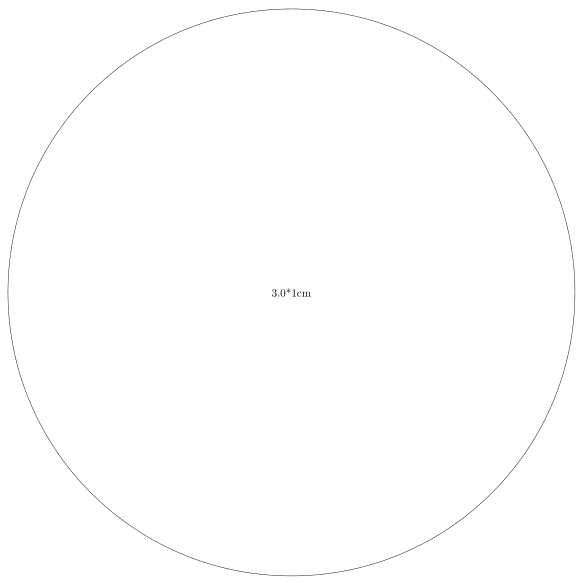 A reliable way to obtain the overall scale factor that works for all angle-preserving transformations (i.e. combinations of scalings + rotations + reflections) is by taking the square root of the absolute value of the determinant of the transformation matrix. This number can be obtained with the following two lines:

In the demonstration below I've wrapped these two lines in a command called \getscale that takes a command sequence as an argument and assigns it the currently active scale factor. So if you call \getscale{\scalefactor}, the macro \scalefactor will then expand to this factor. The other three lines in this definition aren't too important; they're just there to limit the scope of \myscaleA etc. so that these are not (re)defined by this command.

The number inside each circle below is the currently active scale factor, and I've scaled both this text and the line width by this factor. 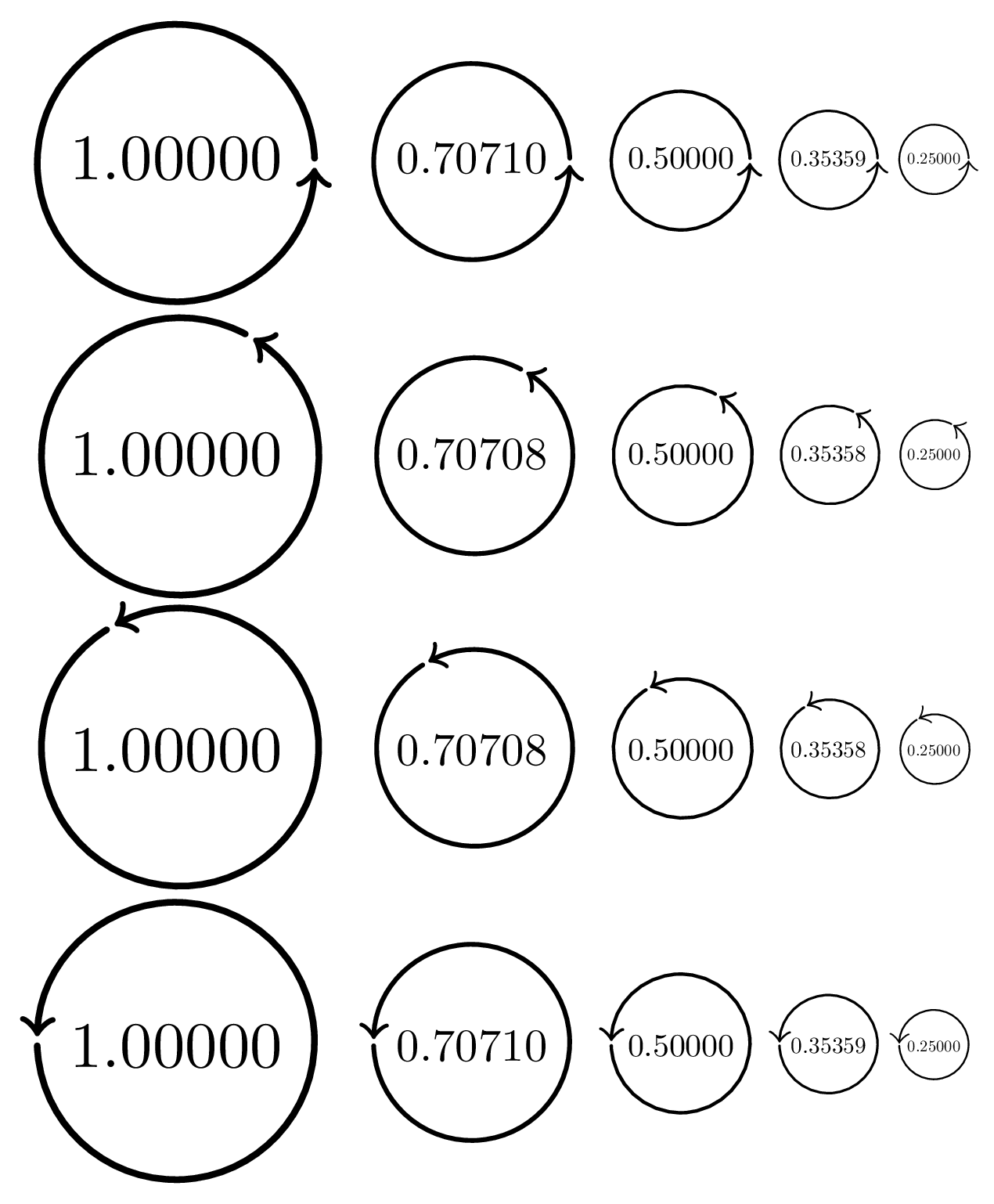 I didn't include reflections in this demonstration because I didn't want to make it too long, but you can test those by adding e.g. xscale=-1 to the scope. Don't worry about the rounding errors; they are inherent to TeX and quite inconsequential.

It may be worth noting that text can be transformed along with everything else by adding the transform shape key to its node instead of scale=…, but that this won't work for line widths. With this key, the text above would have been rotated as well as scaled.

Why this is necessary

Percusse's method works great if the only transformations that have been applied is are scalings, but it fails if a rotation or reflection (or some other transformation) is also involved. When a scope is scaled by a factor λ, rotated by an angle θ and then optionally reflected through the vertical axis, the first parameter passed to \pgfgettransformentries is set to ± λ cos(θ), where ± can be either + or −, depending on whether the reflection as applied. It thus essentially only produces the correct answer if no rotations or reflections are applied at all (or they happen to cancel out).

For educational purposes/for fun, here's a demonstration of what can go wrong if just the first entry of the transformation matrix is used. The first circle is normal, the second is rotated by 60º and the third is reflected through the vertical axis. The last circle has a line width of -1pt and it looks like its appearance is viewer dependent (and I have no idea what it'll look like when printed).

2
But where is my scale pgfkeys?
0
Get value of global scale in in TikZ-picture
67
Extract x, y coordinate of an arbitrary point in TikZ
31
extract x value from coordinate in TikZ
8
Scaling arrows.meta with tranform shape
6
Can I scale all line widths in a tikzpicture?
2
tikz scale everything: paths and text

293
Correctly scaling a tikzpicture
63
shifting (0,0) to new coordinate Tikz
16
Numerical conditional within tikz keys?
18
TikZ: Drawing an arc from an intersection to an intersection
12
Drawing rectilinear curves in Tikz, aka an Etch-a-Sketch drawing
9
Line up nested tikz enviroments or how to get rid of them
4
tikz .pic scaling with text
1
How do I change the radius of circle in a node in tikz style?
1
Scaling labels at the same proportion with pictures in tikz