I have a diagram in which I need to indicate the difference between symbolic mathematics and English words (potentially to someone who doesn't know about it):

Colour works beautifully for making this distinction. Unfortunately, for the version that is going to go in a book, I can't use colour and have been told not to use greyscale (which was my first fallback). I've tried bold, but it looks pretty horrible and doesn't highlight the distinction terribly well:

(Also bold is bad because sometimes it has mathematical significance.)

I would be very grateful for any alternative suggestions on how to visually highlight symbolic material.

Source in case it's useful:

Edit: while I was trying to keep this short, from the comments it looks like a little more explanation of the context is necessary. The text of the book says:

"At first sight, the most striking feature of mathematical language is the way in which it mixes material that looks as if it is drawn from a natural language with material built up out of idiosyncratically mathematical symbols. The distinction is illustrated in Figure 2.1." 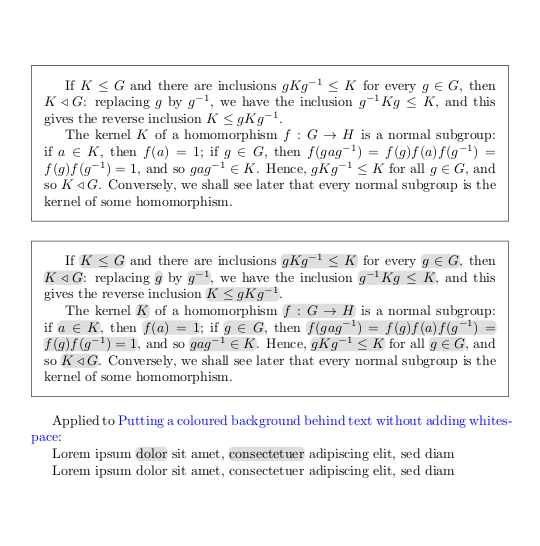 Without using color for the formulas or a gray background, I don't see any good way for distinguishing between text and formulas. Boxing the formulas seems out of the question because it's really too heavy; underlining is, as you say, horrible.

A way out might be to present the same paragraphs typeset twice: one with blanks in place of the formulas, so by comparing the two images one can see what you're referring to. 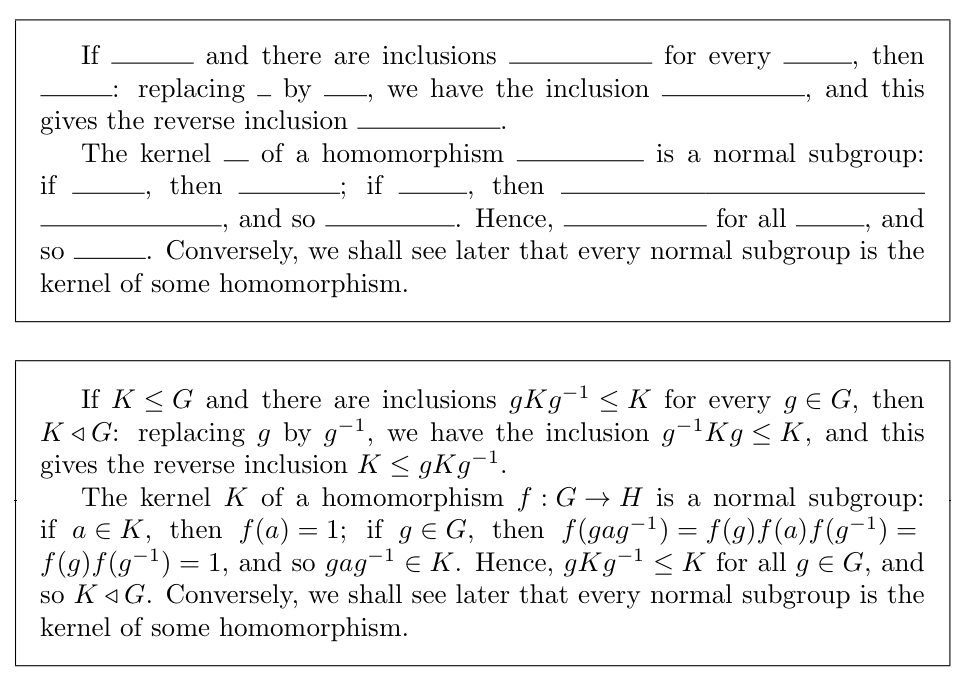 Here is the same with

The advise of "not to use greyscale" probably can be extended to the background, and personally I think so many gray boxes breaks the reading flow.

My proposal is use a clearly different fonts for the math and text modes, if needed, adjusting the size of math mode to look similar to text mode. Although one might think a higher size would highlight also the math mode, may be is only less readable. For example, for me with lxfonts look better a smaller font size:

Not the answer you're looking for? Browse other questions tagged math-mode typography highlighting or ask your own question.