How to diagonally divide a table cell … properly?

There have been many threads discussing solutions to the task of drawing a diagonal line in a table cell. There are also two packages to do this, slashbox and the better looking makecell with its \diaghead command. Apparently, better looking doesn't mean good looking though. I just stole a MWE from one of the threads: https://tex.stackexchange.com/a/11694/13450

Looks more or less fine at first glance at this low resolution (which is not always the case BTW) but with a better resolution, the lower right corner looks somewhat awkward: 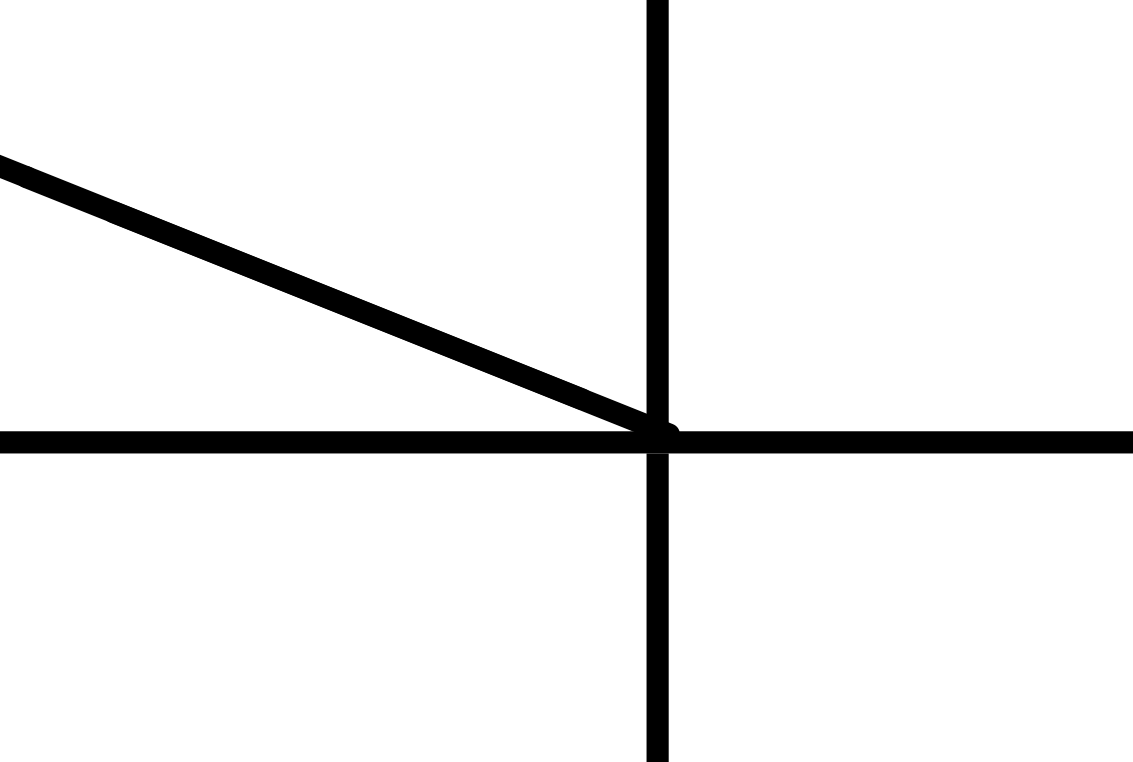 These things even show in print and it doesn't look like being off by just one pixel so it's probably not just a rendering problem.

Does anyone know why this happens and how to prevent it? (Preferably without drawing the whole table as a TikZ picture as has been suggested.)

Edit in response to Joseph's answer: 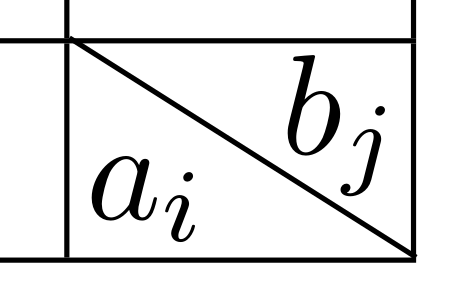 It appears to be rather manual, too, so maybe it's just a calibration issue. But is it really necessary to go down to the 6400% level in Adobe Reader to fine-tune parameters every time you change the content of the "diagonal cell" (for lack of a better word)?

The tikz solution given in Diagonal lines in table cell by Leo Liu can be fixed by taking into account the width of the node borders (even if those borders are not drawn). 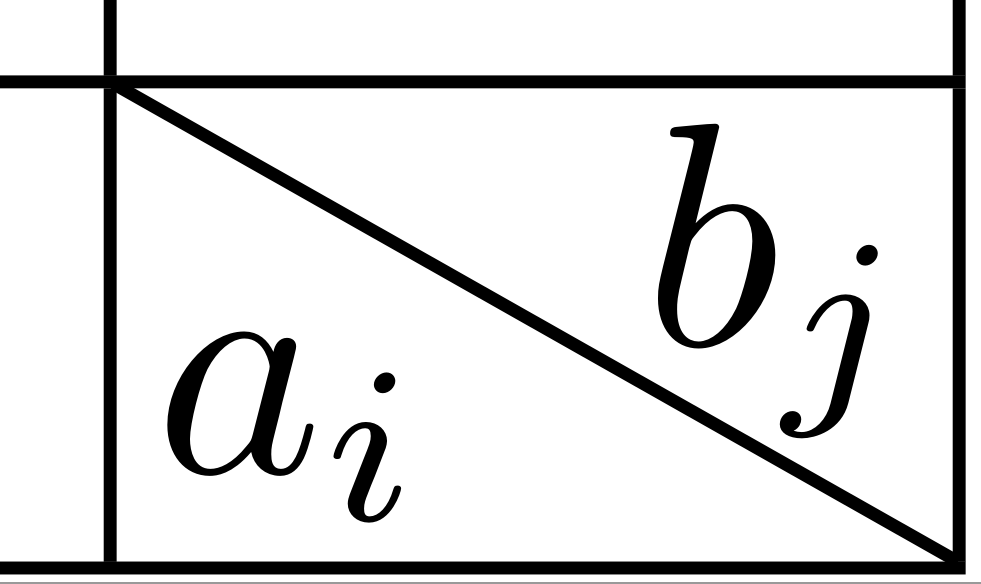 The makecell package uses LaTeX's picture environment for drawing. Rather than use specials, this uses pre-draw graphical elements stored in appropriate fonts. However, such an approach has available only a fixed range of slopes for lines (amongst other limitations). What appears to happen here is that makecell is using the closes height/width it can with this limitation, but that this means that the width may be out by an amount dependent on the different between the actual height/width ratio and the nearest available line slope.

In particular, \diaghead has an optional ratio argument which sets the height-to-width ratios, but this has to be in integer values (try \diaghead(5,-2.5)). Thus the code is not allow us to bypass the fixed ratios available even with more extended picture support (for example the eepic package).

Using TikZ circumvents this problem as the line is then draw as a special, which may be of any angle. (Limitations on specials are down to the driver, not the fonts available). It's also worth noting that TikZ is written assuming floating point values from the start, so correctly handles the calculations.

A number of approaches to the problem are available in Diagonal lines in table cell (see in particular Leo Liu's answer, which uses TikZ only as far as dealing with the split cell). The diagbox package is also available: it uses pict2e to implement the split box.

Not the answer you're looking for? Browse other questions tagged tikz-pgf tables makecell or ask your own question.