I would like to have something similar to \ding{number} for ZapfDingbats for Unicode selected via its hexcode, something like:

to generate a character. The output should be generated as before:

Until now I have only seen unicode examples using UTF-8 encoding in source code - which is not an option for me - and typically using xelatex (disrupting my book - having problems with the packages I am using). I use TeXLive 2012 (Debian) fully installed (incl. CJK package) under Xubuntu 12.10, so in principle the fonts should be there.

I would really appreciate any answer or at least a hint to the solution - or in worst case a reason why this may not be possible at all.

NEWLY ADDED: Please read the facts above. No comment or answer is even near the question - look at unicode questions here - this question is totally different. No German Umlaute or Eurosign - that's simple. No entering of Unicode chars in the editor or elsewhere, only visible in the output. No XeLaTeX or LuaLaTeX.

Just an example to print Hangul characters under conditions given above or a reason why it won't work with latex/pdflatex - please.

Well in theory you can type your whole text in ascii, you only need to know which octets (8-bit-packets) to use:

The main problem is to get the utf8-hex-notation (e282ac) from the unicode name (U+20AC). In theory it can be calculated (and inputenc is doing it when processing \DeclareUnicodeCharacter{20AC}{\texteuro}) but I don't know a simple way to use the inputenc commands to get the values.

This input notation should work with the cjk-package (with utf8-option) too.

With the ucs-package (loaded when you use the option utf8x) you can use the command \unichar. But you should be aware that ucs can clash with some packages, e.g. it is mentioned in the biblatex list of incompatible packages.

I have no idea if it would work together with cjk.

cjk offers also some text commands to enter symbols, e.g. \Li4 \chun1. but I don't know if this covers your symbols too.

I think enctex will allow you to do this.

First, write the unicode string in a \message{¾} (for example). Then compile your file, and you will see a multi-byte string on the output — ^^c2^^be in this example.

Compile your file (or your format) with the enc option (it requires ini option too, and LaTeX may require the etex option on top), and all should be fine — hopefully!

I personally keep a list of such encodings in my format, for example to typeset mathematics in unicode or use special characters in text such as “…”

I just had a problem with this, and answers by @UlrikeFischer and @RD6137 are essentially correct, but I'll post a writeup here; although I'm not sure about the Hangul characters per se, I'll be focusing on "Unicode characters" and "hexcode" part of the question; all of this was tested with pdflatex.

Actually, not simple (Command \texteuro unavailable in encoding T1) - just the complexity was hidden by the textcomp package.

First, let's focus on input. If I do this in my terminal (bash shell on Linux):

... I can see that what I entered as € in the shell, is actually a sequence of three bytes: 0xE2, 0x82, and 0xAC. Maybe it would be easier to also use my script utfinfo.pl:

No entering of Unicode chars in the editor or elsewhere,

If this was a reference to @RD6137's \message{¾}, I believe that was just a suggestion for one method on how to obtain the actual byte sequence for a Unicode character. When you have a code like U+20AC, that is just the Unicode name - think of it as the integer index of the entry in the Unicode table. But that is not the actual byte sequence in UTF-8.

And the only think you can enter directly in a Latex source file are raw UTF-8 bytes, by using the double caret ^^ escape sequence (I think the two characters following this are interpreted as hexadecimal); so having the U+20AC Unicode index/name won't help you much - you need the actual UTF-8 byte sequence 0xE2,0x82,0xAC. (As mentioned earlier, there seem to be no conventient/easy Latex macros that automatically map from Unicode index to a UTF-8 byte sequence).

So by entering ^^e2^^82^^ac as ASCII text in the Latex source doc, Latex will parse this and interpret it as if you entered byte sequence 0xE2,0x82,0xAC - which would be the exact same result if you pasted the € character in a text editor, and saved the text file with UTF-8 encoding. However, if these three bytes are entered in a Latex doc, they will be interpreted as a single unicode character only if there is \usepackage[utf8]{inputenc}! Otherwise, Latex will map them to individual glyphs to whatever is its current font setting.

Which brings us to another problem - font encoding. Consider this MWE:

If you compile this as-is, then Latex automatically assumes it's in OT1 encoding, which prints font table as on the image left (click for full size): 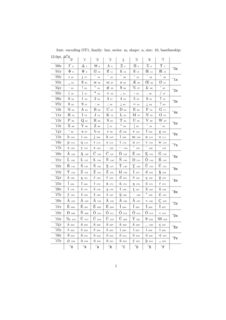 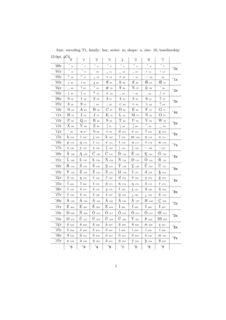 So, if we just add \usepackage[utf8]{inputenc} to the above example, it will now crash with:

So what is needed in order to typeset a Euro sign - regardless if you enter it as ^^e2^^82^^ac or as €, as now we discuss when [utf8]{inputenc} is enabled, - is that by \DeclareUnicodeCharacter some macro is called, which will switch temporarily to TS1, and output glyph number 191 from there. That seems to be exactly what the textcomp package does (although I cannot figure out the numbering details):

So if instead of \DeclareUnicodeCharacter{20AC}{TheEURO}, you add \usepackage{textcomp} after \usepackage[utf8]{inputenc}, you will see ^^e2^^82^^ac in the Tex source typeset as € glyph in the pdf.

To come back to the Hangul characters: if I have the characters, I can find both their Unicode indexes, and UTF-8 byte sequences:

... and using [utf8]{inputenc}, we can easily enter, say, ^^ea^^b0^^81 (the UTF-8 byte sequence in hex) in the Latex document for the '각' HANGUL SYLLABLE GAG; and even define a handler for it, using \DeclareUnicodeCharacter{AC13}{\myHangulGAGhandler} (using the Unicode index in hex) - the problem is, we'd need to know which font and in which font encoding has that glyph (and at what location), so that we could program \myHangulGAGhandler to select and typeset that glyph. And unfortunately, I know nothing of Hangul/Korean fonts (alghough, I have a CJKutf8 example in How does one type Chinese in LaTeX?, which might be useful as a starting point). In any case, using the above code to inspect font settings (also with a font table) in Latex documents, that you know are compiling well to Hangul/Korean, might be of help.

Otherwise, as far as using the Unicode index hex directly to output a character as in \unicodechar{bc73}, there seems to be no convenient macro for that; although as @UlrikeFischer noted, \inputenc already does that in the background - since it has to convert the 20AC in \DeclareUnicodeCharacter{20AC}... to a byte sequence, to which it can react later. That is mighty complex, however; you can use something like this code:

... but in a shell, that looks all wrong; if the .log file is opened in less or a hex editor, you can see:

... that inputenc, based on this 20AC Unicode hex ID, creates a command which has the raw UTF byte sequence (0xE2,0x82,0xAC - or at least the first byte of it) in its name! (actually, I think inputenc somehow makes the byte 0xE2 an alias to the macro \UTFviii@three@octets, and in that way it "reacts" to extended UTF-8 characters). And understanding this requires knowledge not only of Latex internals, but also of actual UTF-8 encoding, which I think is partly the mechanism here - which I unfortunately don't have. Still, hope that this can be useful...

Not the answer you're looking for? Browse other questions tagged pdftex unicode or ask your own question.

98
How does one type Chinese in LaTeX?
11
input tokens through the unicode position
10
Command \texteuro unavailable in encoding T1
7
Package inputenc Error: Keyboard character used is undefined - ^^c0
4
Unicode character ✔ (U+2714) not set up for use with LaTeX error while building with pdfTeX
5
Mapping Private Use Area characters in pdflatex?