Do you think it would be possible to use the mhchem package and their arrows (e.g. <=>>) in drawing a cyclic kinetic scheme such as : 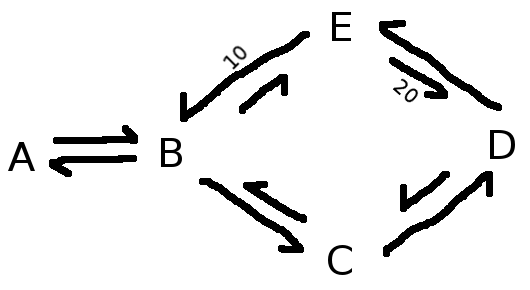 or do you think it would be better to use a different package?

It is not possible to draw such schemes with mhchem but as Twig has already noticed chemfig can be used. To expand a bit on Twig's answer and chemfig's possibilities: the \arrow command is the important macro here which is only valid between \schemestart and \schemestop. It has lots of arguments so here is a quick overview:

These arguments can be combined. The following would draw an arrow of type <=> with “above” written on it and 1.5 times the default length with an angle of 30 degrees to the horizontal starting from node a, calling the node after it b:

There's actually more but I believe this should suffice for a quick demonstration. The details are all explained in the manual.

Now at last one possibility for the scheme shown in the question using most of the features:

Here is a partial answer, the chemfig package is good:

, however there is a problem with the double arrows on the square bit. 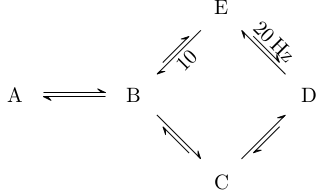 Not the answer you're looking for? Browse other questions tagged chemfig mhchem or ask your own question.

56
Can you make chemical structure diagrams in LaTeX?