Dealing with figures in LaTeX

I have two figures I want them to be side-by-side, and I have two issues:

1) How to make both figures have the same size? I know that dimensions are not the same for both figures, but how can I make them the same? (both figures are in pdf format)

This is ehat I have so far:

With graphicx you can set the width of the figure. 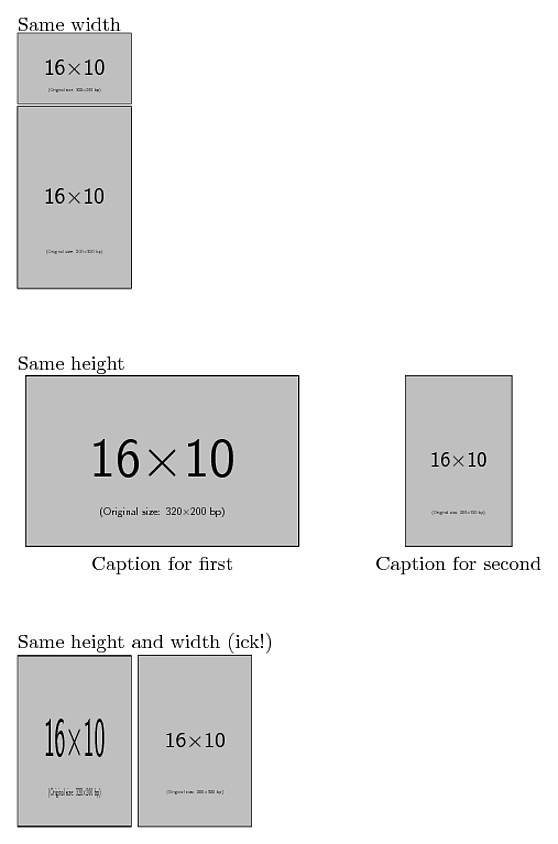 Not the answer you're looking for? Browse other questions tagged graphics subfloats or ask your own question.

342
LaTeX figures side by side

10
LaTeX Error: File subfigure.sty not found
0
Two figures in a subfigure
8
Two figures side by side with text wrapping
3
Subfigure arrangment with no caption with IEEE format
1
subfloat figures in two row with labels top left corner
2
Two Side by side figures having problem with captions (a) and (b)
2
How can I align sub-figures?
1
Side-by-side figures with caption, specify height but use whole textwidth
1
Wrap caption under subfigure with subfigures of different heights
0
two figures side by side with each a caption using memoir